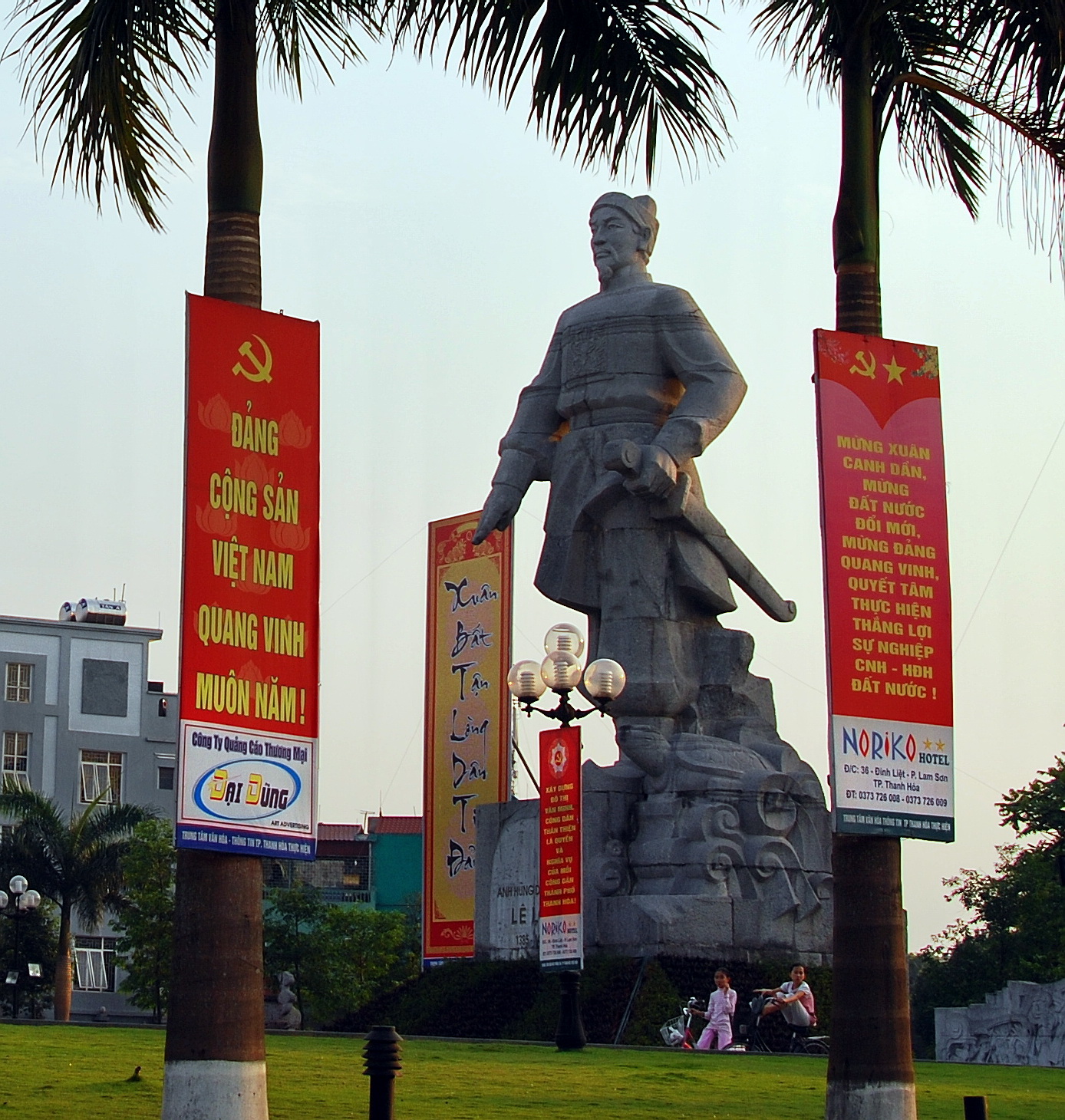 Another day begins. Shops selling stationery, art works and souvenirs open their doors and adjust the display of their goods. Traffic hums strongly on the three-lane street. Some men read newspapers sitting on stools placed on the pavement by coffee shops. Xe om (motorbike taxi) drivers ask passers-by if they want a ride. A few foreigners look for oriental souvenirs to take back home.

“It was not busy and merry like this before,” says a woman in her late 60s as she hangs miniature wooden decorations in her shop at the corner of Le Loi and Pasteur streets to the right of the Sai Gon Centre.

She has seen her business flourish on the street, from selling candies, chewing gum and cigarettes to American GIs, to selling paintings and now wooden miniatures to foreign tourists.
The 1km-long Le Loi Street, which got its name in 1955, was first called Rue No.13, and Bonard from 1865 onwards.

Starting from Bon Ken (the fountain at the crossing of Le Loi and Nguyen Hue streets) toward Ben Thanh Market, the right side of the street was dominated by houses of some of the richest people in HCM City, formerly Sai Gon, old timers recall. There were also some book shops on this side, but nothing of mention on the left.

Not exactly. It was just that the most of it was, and is, reserved for the municipal polyclinic formerly called Sai Gon Hospital at 125 Le Loi.

“Before 1975, it was only busy a little further from Sai Gon Tax Trading Centre (at the corner with Nguyen Hue Street) to the Ben Thanh Market before 1975,” remembers a woman in her late 50s who has been living in HCM City since she was a little girl.

“From the crossing with Pasteur Street towards Vinh Loi Cinema (which was also called Bonard Cinema during the French and now replaced by the Kim Do Business Centre), there were two lines of small stalls selling fabrics and old books.

“I remember young girls and boys used to say ‘Let’s Bonarder’ when we wanted to go for a stroll in Le Loi Street. It was fun just to walk and look around, there were no motorbikes like now.”

Also on the right side, young men used to sit drinking coffee or eating ice-cream outside at the Mai Huong Ice Cream shop (earlier Casino Ice Cream before and now called the Bach Dang Ice Cream shop) at the corner of Le Loi and Pasteur streets to watch young girls go past and dream of possible romances.

It was also a place for book-lovers who used to flock in  large numbers to the biggest book shop Khai Tri (Mind-Opener) in the street. The shop functions to this day, the name having changed to Sai Gon Book shop, but attracts less customers as many competitors have entered the fray.

Other than long-standing establishments, Le Loi is considered typical of old Sai Gon, given its location at the heart of the traditional French Quarter as well as its link to the centre of both finance and entertainment.

For the French and the Vietnamese elite, the French built Sai Gon Opera House at Lam Son Square was the cultural centre of the city.

The square was also where financiers and bankers gathered in the morning for their morning exercises and games.

Old timers recall that the monetary market for the whole of south Viet Nam during the American War would not open for business without the “quotation for the new day” given by the people engaged in doing physical exercises at the square or having breakfast at the adjacent Continental or Caravelle Hotel.

Two famous authors are associated with the hotels and the area: Somerset Maugham and Graham Greene. The hotels also were the favourite haunts of foreign correspondents covering the American War.

Once part of the La Perle de l’Extreme Orient (Pearl of the Far East), the street was a canal before 1860. When the French came, they filled it up together with other canals that criss-crossed the area and replaced the old thatched houses with French-style buildings, houses and boulevards.

The late archaeologist Vuong Hong Sen notes in his Sai Gon Nam Xua (Sai Gon in the old days) that those who lived in this street during the French time belonged to the richest group in Sai Gon then.
Despite the changes, Le Loi Street continue to attract people wanting a place to stroll and do some window-shopping. Sai Gon Tax Trading Centre was a spot together with the bookstores and the cinema.

Minh Hung, head of the planning department of the Sai Gon Trading Corporation which runs the Sai Gon Tax Trading Centre, says he doesn’t know when the centre was built, but has seen photos dating back to 1920.

Before 1975, the centre was highly popular among young Sai Gon girls for whom owning just one of the things sold there-cosmetics, perfumes and consumer goods imported from France and other countries – was a dream.

The centre will b protected as it is located in one of the best parts of the city, and authorities are keen to protect cultural and conservation values. they have decreed that any construction project will have to ensure harmony with the existing architecture.

Hung said that his company’s future plans would only modernise the current facilities and improve services.

“We will not change anything in the design of the Tax Trading Centre. it is bound by the memories of so many Saigonese, and this should be so for future citizens as well,” Hung said.

Founder of a Dynasty

The street’s present name commemorates the founder of the Le Dynasty whose reign spanned almost a century (1428-1527).

Le Loi (1385-1433) led a successful resurrection army and fought against the Qing invaders for 10 years. After the aggressors were completely defeated, Le Loi proclaimed himself Le Thai To or the founder of the Le Dynasty.

Le Loi was born in Xuan Lam Village in Thanh Hoa Province’s Tho Xuan District. After the Qing invaded Viet Nam in 1407 they invited Le Loi to work for them as a local mandarin. Le Loi rejected the offer and secretly gathered forces to launch a resurrection movement in 1418. – VNS